The special case of the allocation of public money to a scientific prize: the Italian Premio Lombardia


On Friday September 5th, Attilio Fontana, President of the Italian local institution Regione Lombardia announced the winner of the Premio Lombardia è Ricerca 2019, a prize of 1 million euros of public funds awarded “to the best scientific discovery in the field of Life Sciences”.


This year's strategic theme was “Healty Aging” and the prize was awarded to Guido Kroemer, molecular biologist and Professor at the Faculty of Medicine of the University of Paris Descartes, Director of the research team 'Apoptosis, Cancer and Immunity' of the French Medical Research Council INSERM, and Director of the ' Metabolomics and Cell Biology platforms of the Gustave Roussy Comprehensive Cancer Center', in Paris. 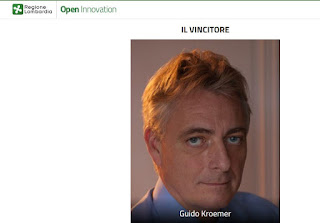 President Fontana added: "I am pleased that the scientific commitee express great appreciation for our initiative As I have always said, investing in Research and Innovation is the right way to look to the future. In Italy, little is invested in this sector, for this reason the Region's commitment in this direction will continue and, when we succeed in obtaining Autonomy [from the National government] we will try to use even more resources to strengthen the action".


One of the goals of this prize "is also that Lombard research centers and medical activities can establish lasting collaboration and scientific interaction with the winner. For this – he [Fontana] added - the jury has established that the award should be destined for at least 70% to implement the research activity in collaboration with the centers of excellence in Lombardy”.


Silvia Priori, this year’s president of the scientific jury as the only woman among 15 scientists, and Professor of Cardiology at the University of Pavia declared: "His discovery has a concrete impact on improving the lives of the world's population. It shows how the reduction of calories taken daily activates mechanisms that degrade altered proteins and thus keep the body healthier”.


The award ceremony will be held on November 8th at Teatro alla Scala in Milan during the “Research Day 2019”, dedicated to the memory of Umberto Veronesi.


Now in its third edition, the Lombardy prize continues to raise a number of concerns that we will discuss and refer to: - selection and composition of the jury; - criteria for submitting applications; - transparency in the winner selection process; - conflict of interest disclosure.


These concerns are all the more important as the prize is based on public funds and therefore the citizens of the Lombardy region should be well informed about how their money is allocated.


The use of blockchain technology starting this year, according to the official declaration “certifies the transparency and validity of the procedure", which was detailed on the dedicated website.


Selection and composition of the jury


The selection of the scientific jury is established each year with a special decree of the Lombardia Region and is based on the metric system provided Top Italian Scientists, using Google Scholar database.


However, Google Scholar is not considered the most reliable tool for bibliometric measurement both for the flawed way of aggregating publications and because only the scientists who decide to open their profile are listed there.


In 2018 the Prize was awarded to three undisputed scientists and clinicians: Michele De Luca, Tobias Hirsch and Graziella Pellegrini for the discovery of the gene therapy of Epidermolysis Bullosa.


As in the previous editions, self nominations were not admitted this year. The scientists qualified to send a nomination were 1260, they were selected from the website Top Italian Scientists for being "active in the fields of life sciences and listed in the 'ranking' of the VIA-Academy - the census of scientists and scholars with the greatest impact in terms of productivity and citations (h-index) - with a score equal to or greater than 50".


Assuming that each one of the Top Italian Scientists has sent a single nomination, it appears that only 14% of 1260 did. The percentage is lowered if each of them has sent more than one nomination (each qualified scientist can send up to three).


The list of all nominations is accessible on the website: 45 researchers received a total of 179 nominations and 12 out of 45 "Authors" received from 2 to 49 nominations, while the remaining 33 received only one nomination.

Guido Kroemer received one nomination along with Frank Madeo for the discovery "Extension of longevity by induction of autophagy mediated by caloric restriction" but, as we have learned, without further clarification, the jury awarded only Kroemer.


Among the 45 scientists who received at least one nomination, many have documented collaborations with a member of the scientific jury, two of them are members of the current jury (Adriano Aguzzi with one nomination and Claudiu Supuran with two nominations), and two were members of the previous juries (Alberto Mantovani, the president in 2017, and Daniela Perani, a member in 2017 and 2018).


Transparency in the winner selection process


Despite the possibility of accessing the list of all nominations, it is not clear how the winner is selected.


If we analyze this year's data, we can exclude that the selection is based on the number of collected nominations. Moreover, in the case of a nomination of two scientists for the same discovery, it seems at the discretion of the jury to assign the prize only to one of them, based on what happened this year.


The regulation of the prize states that: "A situation of conflict of interest with respect to the participant selection is cause of incompatibility for the role of jury member".


The first edition of the prize, however, was neither transparent nor lacking conflicts of interest, if we consider that the President of the jury Alberto Mantovani is - and was - the scientific director of the Humanitas Institute in Milano, and Giacomo Rizzolatti in an interview released to Il Giornale on November 11st 2017 (after being awarded in the ceremony on November 8) stated: "At Humanitas we are at home thanks to the collaboration with Michela Matteoli and the CNR. They have competence on the cells, we on the system level: as if to say that they study grammar, we the logical analysis and the period".


That first year of awarding the Premio Lombardia not only collected all the concerns listed above but was based on motivations not shared by the scientific community outside the jury. In fact, the prize, based on what was declared by the jury, was assigned to Rizzolatti for the discovery of mirror neurons that "[constitute the] neurological basis of empathy and the ability to communicate at a deep level between human beings ... [A discovery that] has opened and will increasingly open the way to the treatment of behavioral diseases, such as autistic spectrum disorder”.


The implications of the mirror neuron system in autism not only have not been confirmed but have been discredited by rigorous studies and it is not sufficiently demonstrated that this system is the basis of empathy.


In an article published in 2018 in the newspaper La Repubblica, Elena Cattaneo pointed out the Italian peculiarity of assigning public money to a scientific prize, the Premio Lombardia, “This is not what the scientific method requires and this is not the basis for the non-negotiable relationship between scientist and citizens”.


She declared that "having met the criteria, I was invited to propose a nomination. An invitation [...] that I did not follow in the absence of the only way I know, as a scientist, to choose what to reward with public money...: a competition being public, open to all, and transparent ".

The women pioneers of neuroscience at the ICM

The 2019 Annual History of Neuroscience meeting on December 13th at the ICM - Institute for Brain and Spinal Cord -, in Paris, was dedi... 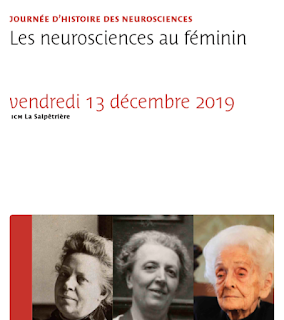 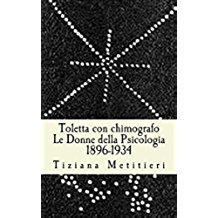 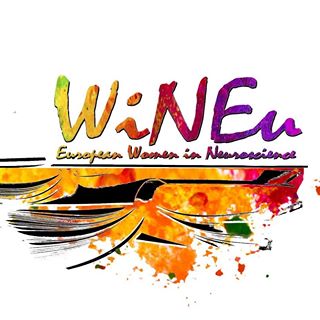 Untold stories: the Women Pioneers of Neuroscience in Europe